NXDATA was founded in 2000 and since 2002 focused on providing infrastructure services for communications service providers. By the end of 2002 NXDATA started operating COLO-1, the first colocation room of what was to become NXDATA-1. Measuring only 50 square meters, COLO-1 was equipped with two N+N 60kVA UPSs, a 100kVA generator and professional Liebert Hiross cooling systems, and fire detection and suppression systems.

Following the 2003 deregulation of Romania`s voice service market, our first telecom customers chose NXDATA as point of interconnection for the new voice operators on the local market. At the time NXDATA numbered 5 employees. We set up the first underground monotubes in order to ensure secured optical fiber cable access. By installing the second 100kVA generator and 60kVA UPS we backed up the power distribution system, obtaining separate and independent A+B power feeds and N+N redundancy. We installed our first proffesional Liebert-Hiross cooling system, set up our microwave mast and installed raised technical floor while expanding the “Colo-2” colocation room.

InIn 2004 NXDATA completes the first expansion by adding another 50 square meters to the initial colocation surface of "Colo-2". Romtelecom installs the first SDH equipment in NXDATA. The main players in the cellular market include NXDATA in their reference offer ( Vodafone, Orange, Cosmote, RCS-RDS ).
In order to respond to the needs of an increasing number of customers, NXDATA-1 installs three new climate control units.

In order to increase the optical fiber access capacity we extended our pre-run conduit in the Dimitrie Pompeiu boulevard area, expanding towards the Pipera business centers. The conduit was initially used to secure the access in our data center for the optical fiber cables running between the RATB pillars and Electrica pillars and for transit from the underground metro tunnels as well as third operators` underground networks. Subsequently our conduit was directly linked to the Netcity metropolitan network.

The expansion continues; by adding another 100 square meters to the facility, the total usable rackspace of NXDATA-1 gets to 200 square meters.
We also extended the cooling capacity by 75 kW and installed two new 60kVA modular type UPS systems. The general electrical panel was replaced with a new one, design to sustain a large number of customers and to allow future expansion without affecting the continuity of power supply.
In 2006 NXDATA installs a VESDA equipment, becoming the first commercial data center in Romania to use such an equipment. Another first for the local data center market, we installed a special optical cable support system (fiber-tray), for better cable management, from separating fiber from other cables to protecting it from over-bending at the angles.

Power transmission cables were completely changed, consequent to the refurbishment of the building`s electrical substation. We replaced the 100kVA generators with two new 330kVA generators and upgraded the afferent power transfer system. The new ATS units were designed for a 600kVA capacity each. The UPS capacity was increased by integrating two extra 60kVA modules. By installing two new 2x25kW cooling units, we also increased the data center`s cooling capacity.

2007 is the year of the onset of the planning phase for our second data center (NXDATA-2).

In the first half of the year 2008 we finish the design and infrastructure project for our second data center, NXDATA-2, whose realization required an investment of over 1 million Euro. We started building NXDATA-2 in July 2008 and completed it in December 2008, upon installing 4 Emerson-Liebert cooling units and integrating the fire detection and suppression systems along with the monitoring and security systems, complete with a CCTV system.
NXDATA-2 has a total capacity of 1MVA, N+N redundancy and a 400 square meters net surface. The initial backup set consists of 2x330kVA generators, 2x200kVA centralized bypass UPS units and 1600A ATS units.

We also expand the NXDATA-1 facility, increasing the surface of Colo-1 by another 50 square meters. We replace the initial UPS modules with new ones; also the 2x330kVA generators are replaced with two new 590kVA sets. We add another 20kW to the total cooling capacity.

The first customers are set-up in the new facility, NXDATA-2.

We connect our prerun conduits to the Netcity Metropolitan Network.
We increase the electrical back-up capacity by installing two 1MVA generators with a minimum of 24 hours autonomy in NXDATA-2 .

NXDATA joins the global alliance for neutral data centers, IDC-G. Founded by the ex Equinix CEO Guy Willner, one of the most known entrepreneurs in the data center market, IDC-G is a professional commercial alliance based on bringing together technical and commercial competencies capable of delivering colocation solutions at a global scale. 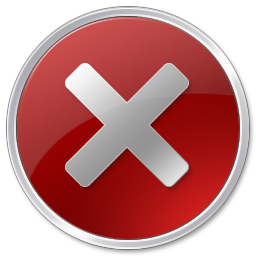